I have to admit, I was a bit anxious about being able to eat properly during my last trip. It was the first trip I was taking with my non-vegan parents and brother, meaning that we ate most of our meals in regular (meat and dairy heavy) restaurants. However, I was quickly proven wrong. The majority of restaurant owners in Spain were really accommodating, and there was almost always one of two vegan dishes on the menu. The main thing I learned: ALWAYS ASK! At the start I always felt like I was annoying asking waiters and owners if they could “veganise” a dish, but I almost always got a positive response (in France this was a whole different story, but I’ll be writing a separate post on that!). Overall, I would definitely recommend Spain to vegans; I ate some amazing meals!

Here are some of my favorite vegan food moments in Spain!

The abundance of fresh fruit available in Spain! I ate so much local produce, and we regularly stopped alongside the road to visit local fruit stalls: 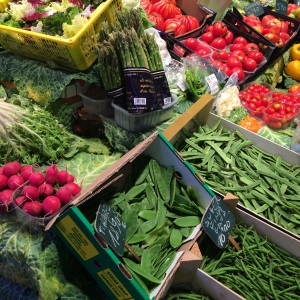 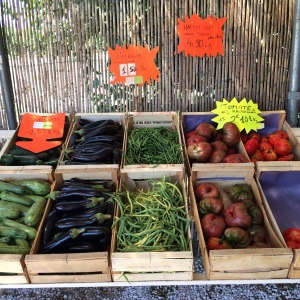 VEGAN SPANISH TAPAS! I ate some amazing tapas that were 100% vegan (a tip: ask for the patatas bravas without sauce [or with the sauce on the side if you’re sharing it with non-vegans]):

Convincing my family to eat dinner at a vegan restaurant in Barcelona (vegetalia), and enjoying one of my favorite dinners in Spain: 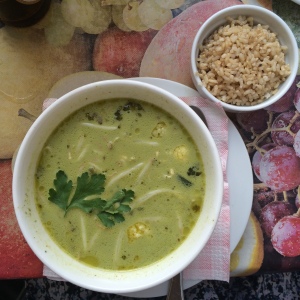 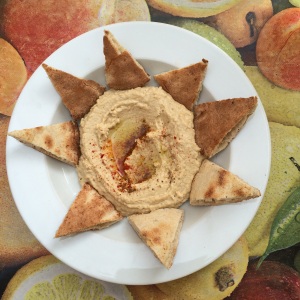 Vegan-friendly breakfast buffets (aka. lots and lots of fruit!):

The countless dishes restaurant owners made vegan friendly for me, the gestures were just as amazing as the food: 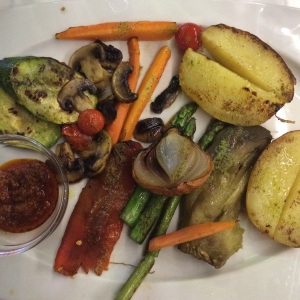 The simplicity of vegan snacking on the beach (the fresh coconut was amazing!):

VEGAN PAELLA! This was my top vegan dish during my travels (vegetable paella is almost always automatically vegan, but always be sure to double check):

5 thoughts on “My Vegan Travels Through Spain.”