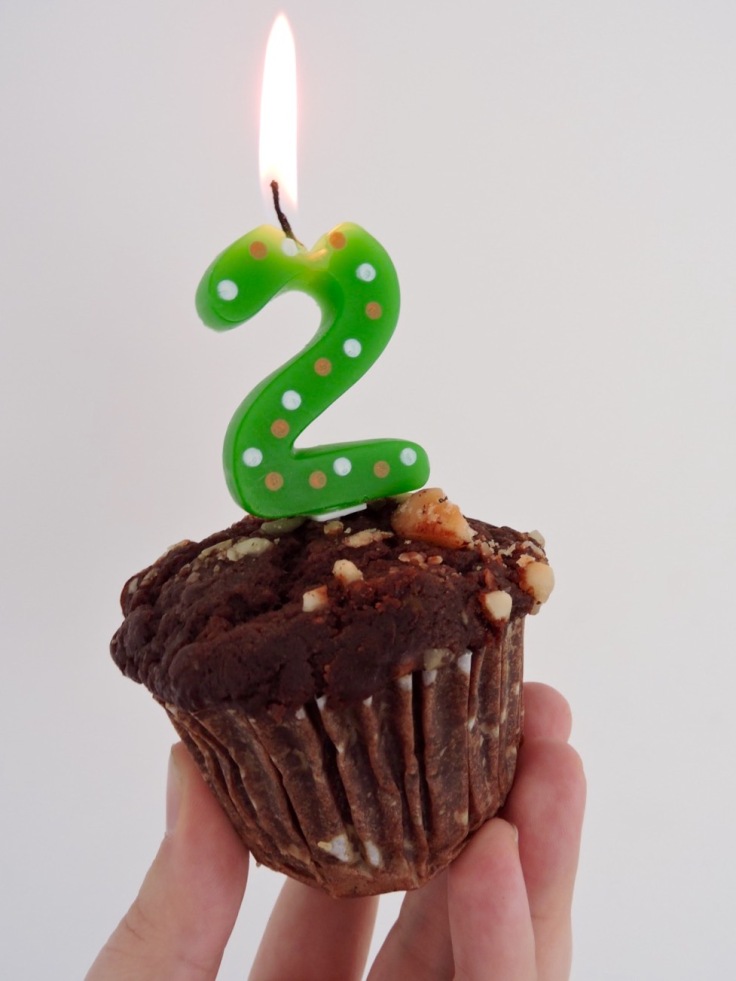 A few weeks ago, February 16th to be exact, marked two years since I went vegan, my veganniversary. I wanted to reflect on those two years in this blog post, because I think I learnt a lot along the way.

I still remember the day that I decided to try veganism; I was tired of diets that worked for a few weeks but that ended up with me getting back to my original weight, or even gaining some more. I decided to watch some “what I eat in a day” videos on YouTube, and I stumbled upon a vegan one. I was intrigued; this person was eating really yummy food that was also super healthy. I got stuck in that YouTube dark space where you end up watching 20 videos without realising, and when I finally got out of it I had decided to give veganism a try.

That same day I ordered the book “How To Be Vegan” by Elizabeth Castoria (which is still my favourite book on veganism, I highly suggest checking it out). It came a few days later and I read it within hours; when I finished it felt like a achievable lifestyle change. I transitioned my diet to eating 100% vegan at home, and vegetarian out. I was still daunted by the lack of vegan options at most restaurants, and navigating my way through that world was a bit too much all at once. After a month of doing this I decided to go for it and went 100% vegan, and that’s where I am today.

Today marks my 2 year veganniversary 🎉 2 years ago I decided to cut out all animal products from my diet, and to stop using and buying animal products in all aspects of my life ✨ back then I was doing it for my own health, but over the past 2 years I have learned about all aspects of veganism, and the environmental and ethical components of veganism is what truly inspires me now 🌱 I'm proud to be vegan for the earth, for the animals and also for myself 🌎🐷🙋🏼 so I bought myself a yummy vegan muffin (because vegan food is anything but boring or bland) and a candle to celebrate, because 2 years ago I made a decision that I'm so proud of today 🙌🏻 I hope you all having a wonderful day 💚💚

I posted on my Instagram how even though I started out as a “health vegan” (someone that goes vegan for health reasons), I’ve since educated myself a lot of the ethical and environmental aspects of this lifestyle. I personally don’t see the point of labelling yourself as a specific kind of vegan; to me, as long as you’re vegan, good on you. Everyone has their own reasons, and there is no one that is better than the other, in my book. I am proud to say that I’m vegan for the animals, the planet and for myself.

The past year I have also realised that veganism is not everything. Yes, it’s important, but I don’t want it to consume my identity. I find it so sad to see that some people isolate themselves from people who do not follow the same lifestyle as them; I personally would never sever any sort of relationship because the other person isn’t vegan. There’s also much more to me then just being vegan. I am a writer, a student, a traveller, a feminist; I hate being put in the “vegan box” and people assuming things about me just because I don’t eat animal products. It’s become one of my top pet peeves and it means that I sometimes don’t tell people about being vegan, for fear of judgement.

I feel like I’ve rambled enough now, thanks for sticking around if you’re still reading this. If you ever have any questions about veganism, please feel free to email me at: elineyj@gmail.com. I’m always happy to talk about this subject, whether you agree or disagree with me!

3 thoughts on “My 2 Year Veganniversary.”